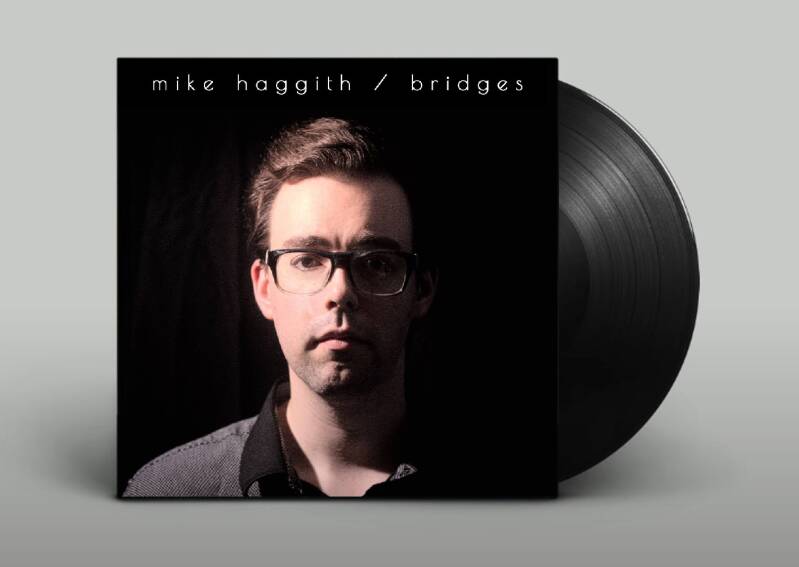 Mike Haggith's 51st official solo release and first-ever release to be made available on vinyl, Bridges explores the theme of feeling isolated- even while surrounded by others. Inspiration for this record was found shortly after moving to Thompson, Manitoba at the age of 26, and coming to grips with living alone, separated by immense distance from friends and family, and uncertainty of what the future would bring.

Bridges also explores the theme in a metaphoric sense, and the duopoly of interpersonal bridges. As much as bridges between people can stand tall and strong in the form of healthy relationships, often times they can begin to wear and crumble when taken for granted and not properly maintained. Sometimes, bridges are burned, and the damage can't be undone. The resultant feeling of isolation and loneliness can compound an already negative situation, and intervention may very well be needed.

Bridges is comprised of ten songs, each telling stories of isolation from slightly different perspectives, all of which have been shaped by personal experience. From the upbeat and self-aware themes of From The 55th Parallel, to reminiscing about better days with The Catalyst, to the overtly melancholy vibes which make up Come On Home, this record traces the ups and downs that many find themselves feeling during difficult times.

Album track list and runtime differs from digital and CD copies, due to format limitations.

This album is the result of a joint venture between MorningStar Studios and Lionheart Audio, produced by both Mike Haggith and Justin Sobey. Vinyl is lathe-cut to order, and distributed by Kunaki LLC of Brooklyn, New York.

Note: Customers who purchase this LP are entitled to a free digital download of the album.