Mike Haggith - If Ever Comes The Day [CD] 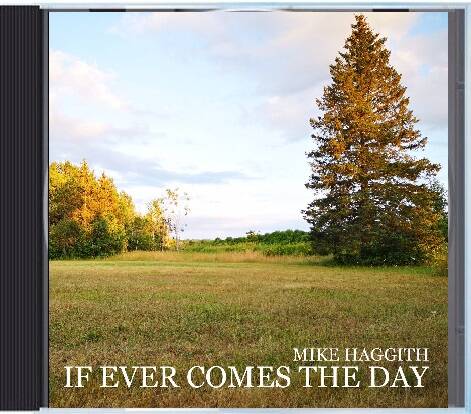 MIKE HAGGITH - IF EVER COMES THE DAY [CD]

Mike Haggith's 50th official solo release, If Ever Comes The Day was heavily influenced by a series of intense and unexpected personal events, largely centered around a certain night in August of 2019. Over the subsequent months, the majority of this record found itself written and recorded at the whim of the ensuing ups and downs, culminating in a record which lends itself to both the beauty and tragedy of a manic love story.

From the shiny upbeat and strangely 1980s-esque soundscape which shapes album staples The Best You Never Had and Back Away Slowly, to the deep and deliberate delivery of Into The Setting Sun, this record introduced a level of introspective writing and recording that had yet to be fully realized on any preceding Mike Haggith record. The entire album finds itself delicately tied together at its midpoint with the sixth track, This Page Intentionally Left Blank, which was composed and recorded by Pete Mozarowski for the project.

Leaving the tenth and eleventh track spots unused as a stylistic choice, the record closes with arguably one of its strongest songs, in 2145. Serving as a final word to encompass all the feelings and experiences which comprised the record as a whole, If Ever Comes The Day flows flawlessly from beginning to end, and is a cornerstone of the Mike Haggith discography.

Note: Customers who purchase this CD are entitled to a free digital download of the album.