The Din - Give In To The Din (Deluxe Edition) [CD] 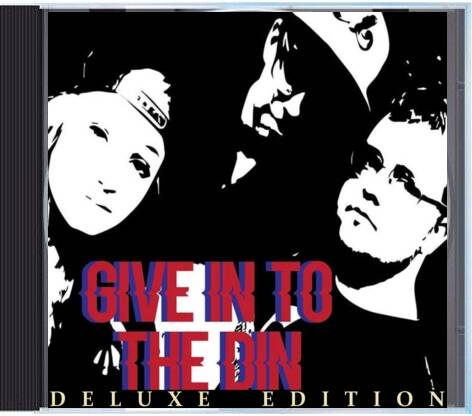 THE DIN - GIVE IN TO THE DIN (DELUXE EDITION) [CD]

Nationally and locally acclaimed for its catchy hooks and appreciable songwriting, The Din rode the success of their debut album, Give In To The Din, when it was released in August 2016. Over five years after the initial release, the record once again reaches store shelves in the form of an expanded Deluxe Edition; 18 tracks in length, spanning 68 minutes of listening. Featuring outtakes, studio demos, alternate versions never before released, and a handful of instrumental tracks, the Deluxe Edition further builds on the legacy of the group's outstanding debut record.

The most notable bonus cut of the lot may be Differences, a track which was written by percussionist Brandan Glew and performed sporadically by the group throughout the 2016 calendar year. The track was originally intended for release on the original Give In record, but because the group found itself struggling to find a fitting spot for it in the track list, it was ultimately omitted. Even the closest fans of the band never knew there existed a studio recording of Differences, or that the album version of Flux was actually the band's second attempt, after acknowledging the need to increase the track's tempo and rework the backing vocals. The Deluxe Edition brings Din fans a new level of context behind the recording sessions, and shares some of the best material which never found its way onto the original release.

The original 2016 album was produced by Daniel Schmidt and Pretoria Hill Productions, and this Deluxe Edition was compiled for release by Mike Haggith and MorningStar Studios.

CD pressings are manufactured to order, and distributed by Kunaki LLC of Brooklyn, New York.